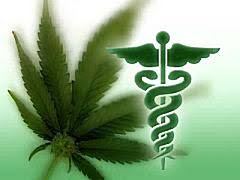 For the updated recipe go to: https://kitchencures.wordpress.com/2014/08/17/how-to-make-cannabis-oil-in-south-africa-updated/

The following is exactly how I made the Cannabis oil that successfully cured my breast cancer. I’m putting it out there in the hopes that others might be brave enough to try this amazing oil. Please note that the following is just a guideline of how I made it and should not be considered the only way to do it–obviously!

First things first, Cannabis is highly illegal in South Africa, so proceed with care. Procuring your plant matter is the most dangerous part of this whole process, so please be careful. Having said this, our climate is very conducive to growing cannabis and it’s not hard to find for those who are looking.

Which Strain to Use….?

I used an outdoor Swazi variety -a strain grown in Swaziland, often by elderly grandmothers.

I also found that when I used what is known as “crush” (the leftovers at the bottom of the bag) it was not only cheaper but also less work pulling out storks and yielded lots more oil, so don’t be scared to ask for this.

I bought “5L” of  outdoor Swazi – a 5L is how they measure out the cannabis; they use a 5L ice-cream container to measure out the weed and put it into separate bags. It averages out to about 500gm but it’s far from an exact measurement.

A 5L container could yield anything between 30mlto 60ml depending on the quality of the plant.

NOTE: Outdoor cannabis is generally harvested from about May. So, it’s cheaper and easier to get hold of it from May until November and then it becomes very hard. It’s better to buy in bulk when its available and make as much oil as you can so you don’t have to worry about facing a shortage.

I bought rubbing alcohol (91%) from Dis-Chem Pharmacy. It costs about R40 per 500ml. You can also ask your pharmacist for isopropyl alcohol but it’s about R20 more expensive per 500ml.

I bought 6L of alcohol for 500gm of weed. Don’t worry about anyone getting too suspicious about you buying that amount of rubbing/isopropyl alcohol – fortunately it’s used for lots of legal stuff too!

Important: Surgical spirits are not the same as rubbing alcohol – don’t make that mistake!

Step 1: First I pulled all the big stalks off the plant and threw those away.

Step 2: I soaked the plant matter in alcohol overnight – it became extremely green as it even pulls out the chlorophyll.

Make sure you don’t use up all your alcohol; you’ll need to keep 500ml to clean up after yourself.

Step3: I then strained the alcohol and plant matter through a thick stocking into a large pot. This is why taking the stalks out is important, they tend to wreak havoc on your hands and the stockings. Make sure there’s no plant matter left in the strained alcohol.

Step 4: I double-boiled the oil in water in an electric frying pan –like melting chocolate. This way I could ensure the temperature stayed around the 100C mark and didn’t overheat it and destroy any of the THC or cannabinoids.

The smell is quite overpowering – mostly from the alcohol fumes, so I made sure I had good ventilation where I was cooking and had incense handy for the neighbours’ benefit!

It took all day and I had to keep an eye on it so that the level of the water in the double-boil didn’t drop too low.

Step 5: When the level of the oil got really low, I moved it to a smaller pot and used some of the spare alcohol to wash the big pot out. I poured this alcohol into the little pot too.

I then boiled the alcohol down until it became thick.

Step 6: I allowed it to cool to check that all the alcohol has been boiled off and once it cooled down the look and consistency resembled Marmite.

Sometimes when I made it, and I don’t know why this happened, there would be a liquid trapped beneath the cooled oil. When this happened, all I did was pierce the cold oil and gently poured the liquid out – I made the mistake of leaving it in once and it was revolting!

Step 7: After this I re-heated the oil and once warm I sucked it up into syringes and then plugged the syringe with wax by pushing the nib into a candle. (To undo this I simply dipped the nib of the syringe into hot water and then very gently pushed the wax out).

Step 8: I mixed the left over oil in the pot with heated olive oil; the olive oil picked up the cannabis oil and I used it in my home-made body balm which I applied directly to the affected area- I could also have used it in food if I wanted to.

I kept my open syringe in a mug in the fridge and it lasted forever. I found the oil would leak out of the syringe and made a bit of a mess but in the mug it remained contained and when I was finished with the syringe I used olive oil to pick up the cannabis oil at the bottom of the mug – waste not want not!

And that’s it, really easy and amazingly effective –enjoy!

For more information on Cannabis oil in South Africa go to: http://www.cannabisoil.co.za

For information on dosage go to: http://phoenixtears.ca/dosage-information/